Our convention occurs at a moment of crisis for our nation

At some point that chair is going to turn and you’ll
come face-to-face with a diminutive general stroking
a taco bowl. You may not take him seriously (the old-school
bond-villain demeanour, the comic accent), but joking

about his appearance won’t seem appropriate. Will
you, a) comment on the furniture with an insouciance
you’ve imbibed from your generation? Or b) fill
the awkward silence by questioning the relevance

of all revolutionary movements? Whatever happens,
your life probably consists of too many wasted hours.
And the general will count them, slowly, as he sharpens
his populist knife-blade. Even now your guilt devours

you, doesn’t it? A sprung trap of postlapsarian reminders,
like qualified women, calling out from their binders.

NB: This poem is a response to the following drawing by Tony Curran, titled: ‘Military Service Times Infinity’ 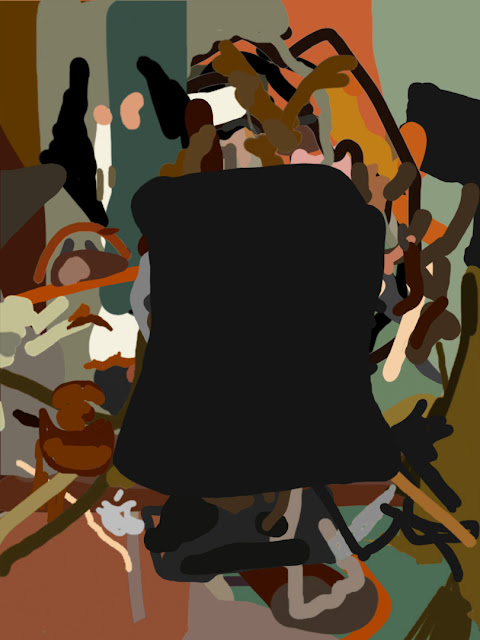