When they invent time travel,
whether DeLorean or phone box
I won't go forward, but back.
There’ll probably be strict laws
about interference
and the paradox
as explored in science fiction
forever, and yet, a visit
to Glastonbury in ’94
surely wouldn’t be a threat,
or trigger Bradbury’s
butterfly effect?
(Unless someone already did,
and that explains the Trump.)
I’d blend into the heaving crowd,
a very happy, sunburnt piggy.

I want to see Johnny Cash live.
I want to watch the Man in Black
and hear him walk the line.
’69 at San Quentin
is out of the question,
but ’94 will do fine.

A simple time machine and off she went,
pausing momentarily to buy a tent. 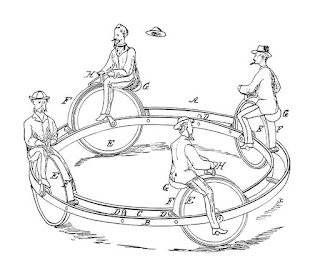 The ‘butterfly effect’ mentioned here refers to the short story ‘A Sound of Thunder’ by Ray Bradbury, in which the accidental killing of a butterfly in the distant past results in a very different future world, not least in political terms.

Apparently it was hot at Glastonbury in 1994, with no mud.